I continue to work on and hone The Vampire of Rome. The final showdown is looming, Sebastian and crew have fought Scarecrows, Shades, elves, and undead clowns, but are they up to handling a Vampire Lord? On the home front Red Sonya will be here in about a week. Of course I am assuming that she will be a redhead and not say, Blonde Sonya, or Brunette Sonya, or even Bald Sonya. We shall see, sword lesson have been arranged and I'm still looking into a chain mail onsie.


There are those who use the term “pulp fiction,” as a way to dismiss writing that is not “literary.” Usually these are academics and/or authors who have sold very little and rather than admit they are the reason for low sales, bemoan the reading public, or the state of education, or what ever excuse they can come up with. Anything but admit the fault lies with themselves. What they are forgetting is that reading is entertainment. Sure, you can lecture people, you can make political observations, you can slip in your own ideas of “how things should be,” but what you can not do is bore people and expect them to give you money for it. Pulp fiction had been around for a century, and there is a reason for it; it's entertaining. Sometimes all you want to do is read about a kick-ass Mossad agent offing bad guys and being sexy while doing it. Russell Blake did that with his series Jet, and then he did something very interesting; he allowed his fans to publish fan fiction. He details why here -


http://russellblake.com/jet-kindle-world/
Lynda Filler enjoyed the series and decided to expand on Russell's ideas and is here to talk about her third book in the exciting world of Jet, JET ULTIMATUM.


Author Lynda Filler once again sets the global stage for another in this third of her ‘JET’ series action thriller novellas with a high-anxiety plot which captivates the reader’s attention right out of the gate. 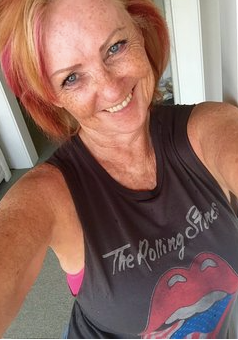 BLURB:
JET ULTIMATUM is a roller coaster adventure of perilous circumstance and characters in the true spirit of this dynamic, high-stakes game of global hide and seek in a world of high-tech cyber hacking, intrigue, espionage and an insatiable thirst for power and wealth at any cost.


Prepare for an entanglement of counter economic cyber espionage in a race to put a stranglehold on dramatically escalating cyber crime which threatens to deflate the confidence of victim populations for the very security of their global economic and financial systems. Chinese government officials are engaged by their American counterparts in a relentless battle to thwart the criminal element’s unrelenting efforts to hack their way into the very systems designed to protect international financial institutions from crippling online attack of unprecedented magnitude.

The Raven Group is once again called upon to unveil the destructive players in this deadly game with the highest level of urgency and authority. The beautiful, cunning and dynamic ‘JET’ is enticed to come out of a quasi retirement life of ‘normalcy’ with infant daughter Hannah to rejoin forces with Luke’s elite Raven Group as a key player to combat the deadly consortium suspected of plotting an unprecedented attack on targeted global monetary systems.

Singapore sets the stage for this high-drama confrontation over fifty floors above bustling city streets, atop a prestigious hotel where fine dining mixes with deadly criminal intention and a consortium of three global crime lords execute financial piracy. This gripping action thriller has a tantalizing recipe wonderfully seasoned with brutal killer instinct, the sizzle of romance, human heartache, revenge, precision high-tech maneuvers and a race against the clock in the face of unstoppable human greed and an insatiable appetite for financial empire, deceit, control and the ultimate prize of $50 Billion at stake.

Ultimatums of dire consequence force the hand of the hardcore criminal element and JET seeks to exact her revenge.


It was 2:15 in the afternoon and Billy was bored. He’d been up since the fiery Asian dawn. He’d taken meetings with his triad associates, concluded some nasty business, schemed, and called Shanghai. It was time to take a break.
Billy Yee Lam waited for his security man to open the obsidian Rolls Royce door. He adjusted his Armani leather jacket. His lean brutal hands tapped the revolver in the waistband of his Polo jeans.
He took a look at the ending of the video on his secure iPad and listened to his own commands through ear buds. He watched as his top enforcer took a chef’s knife and sliced through the pulsing artery in Mara’s neck. Her betrayal with rival Chinese mafia gangs was unforgiveable. She was once a favorite of his. It wasn’t even about setting an example for the other whores Billy ran. No, this was an attack against his power base in the Triads.
“Drop her in the deep water Port of Hong Kong. You know where.”
He felt nothing for the badly disfigured female body crumpled on the cement floor. There will be plenty more like that before this is over. He closed his tablet and exited the open door of his vehicle.
Along the black slate pathway Billy stopped to pick an ivory star shaped jasmine flower. Its sweet melancholy aroma took him back to his mother’s lap. She was long dead. Would she be proud of his power and fortune?
Miss Hong Kong posed against the black and gold door of his mansion on Hong Kong’s Peak Road. Her ruby lips pouted dramatically. A blood red kimono teased exposure as she seductively strode forward.
“Mi amor,” she licked his ear. “I have missed you. Come let me get you a drink.”
Billy grabbed her by the arm squeezing tightly. His onion breath overwhelmed her senses. Impassioned by the bloody photo, he whispered in her ear.
“Later woman. First, it is I who will show you how to relax me.”
She pretended coolness to mask her hatred of the man who thought he owned her. She kissed Billy with a shiver he mistook for passion.
She only prayed that one day she would be the one to use a cold steel blade to cut off his balls.
Unaware of her feelings, he crushed the forgotten flower under his feet.
Now that reads like a fun pulpy adventure to me. Speaking of adventures and fun, what's better than some thrills and action?
Nothing.
I'm glad you agree, I'm so glad that Junior Inquisitor will continue to be just 99 cents until Friday, so if you want some dark action filled man versus monster stories and all the terror you can handle (okay really it's not that bad, I didn't write the Lincoln version of Hellraiser), get your copies today. And leave a review even if you think my book is an insult to the English language and I should be stripped of my University degrees and commission in the US Army.
Junior Inquisitor Book One
Soulless Monk Book Two

Posted by Farish's Freehold at 7:04 PM

That kick-ass ex Mossad black ops agent has definitely got my attention! I admit it, I'm hooked. I swear I write this for me! But the fans keep asking for more. So why not. It's so much fun to write because I never know where it's going to go.
Thanks Lincoln for a great article.
I like to think there's a little JET in all of us!!