I read a rather funny cartoon online today. Kelly Turnbull's Manly Guys Doing Manly Things http://thepunchlineismachismo.com/. The strip had a rather goofy and immature character, Jared, who wanted to be an elephant-centaur rouge for their D&D session. A rogue is a combination of ninja and thief mostly noted for their sneakiness. A centaur-elephant is kind of self-explanatory, and no, I have no idea how they would be created. Nor, as D&D is set in quasi-medieval times, do I want to know.

So here you have a case of a creature that is weighed by the ton, who wants to be sneaky. Now obviously one can attempt to be whatever they wish, but their success in choosing to be an elephant-centaur rouge might be a bit limited. Just imagine the character running away from the city watch in a medieval town. Damn difficult, but possible, the Rogue could hide somewhere like a barn or blend into a crowd of other centaur elephants, or just stomp a few pursuers until the rest decided to abandon the search. But how would the Rogue climb? Or do a second story job? Could you see the character trying to escape by roof top? How about adding in some parkour moves to the escape, bouncing, vaulting, and scrambling along until the coast was clear without leaving a trail of crushed roofs and buildings in his wake? How does such a creature sneak?

So that is the great and weak point of imagination and of writing fiction. Sure you can have a centaur-elephant combination, and you can have that character’s job be sneak thief, but without going into an absurd Looney-Tunes cartoon, reality, and the limitations imposed by reality, must intrude at times.

A centaur-elephant could knock down most medieval buildings just by leaning on them, modern buildings as well. Even if the Rogue had the ability to climb, the structure probably couldn’t hold the mass and would collapse.

That is what great writing does, it changes one thing/ one fact/ inserts one absurd proposition, and then leaves the rest of the world as it is. In the Watchmen, we find out what kind of people would become heroes and superheroes, and how they would interact with the rest of humanity and how humanity would react to them. It's not pretty, and that is what make the comic so exceptional. The reader really doesn't need to suspend disbelief, just accept one small change to reality, and then follow the rest of the story.

Jim Butcher, Rick Gualtieri, Larry Correia, and I all ask the question, what would happen if magic and monsters were real? We then answer that question each in our own unique way. Each series, okay my first book isn't out until 1 March, but I just finished the rough draft of number three, is worth the money and time and I recommend anyone who likes well written fiction read them. I'll let the reader decide which is most realistic.


Many, many moons ago when I was in high school, and I was able to skip taking a typing class. I regret doing that, for now instead of a useful recognized style, I have an advanced hunt and peck method for typing. I pretty much have to look at the keyboard while I type and spend a fair amount of time correcting typos as my fingers don't always go where they are supposed to go.

The lack of typing ability has held me back in some ways, it took me longer to knock out papers in college and in graduate school. For professional articles and white papers which I've done over the years, again same issue, never a content issue, but a can't-get-it-down-fast-enough issue. Friends and collegues can knock out a five page paper while I'm still trying finish my first page. It's reflected in my writing, there has been exactly one time I have done more than 5,000 words in a day, usually it's a lot less. I will admit it's a bit of a mixed blessing, with a slower pace, I can more clearly articulate exactly what I am trying to covey, but I also waste time correcting mistakes. And, of course, there is my blog, which I do not update nearly enough. It's not that I don't have anything to say, but that it takes a chunk of time to get the words down. Adn then I have to correct it, and proof it, and check again, and then someone will point out where I made a mistake anyway; there is a reason I have an editor.

Posted by Farish's Freehold at 10:25 AM No comments:

Maybe it was because I was a businessman and an accountant before I was an author, but I've never suffered from some of the delusions that plague my writing peers.

That's why my writing advice always includes something about how all writer's mission statements or motto should include GET PAID.

Serious answer as to why our industry suffers under this delusion, we've got a lot of crappy writers who produce crap nobody wants to pay money for. So to justify their failure to attract customers, they put on their ARTISTE berets and get all snooty about how art is more important than crass commercial capitalist blah blah blah.

It makes them feel better, but their delusion percolates out into the industry, so newer struggling writers buy into ti.

Screw that. GET PAID!

Authors are just another form of entertainer. We're not special.

Audiences don't work for authors. We work for them.

How you accomplish those two things are irrelevant.

I've seen snooty writers claim that quantity never equals quality. That's asinine. The thing about art, the more of it you create, the better you'll get, the more likely you will be to create something truly wonderful. And gee whiz, it sure is easier to write more when you're able to pay the mortgage and buy food with your royalties.

Larry is spot on, but I think he doesn't go far enough. Why are there a lot of crappy writers? Simple. Ego. It's hard to admit you're not good at something. It's even harder to accept it when other people point out your failures. But the hardest thing of all is to admit your skills are lacking and then WORK to improve them. That's right work to improve your skills. Act like writing is a job and that to move up the ladder of success means that you have to keep getting better and better at what you do. Being a writer also means that like most jobs you start at the bottom and in ten or fifteen years you might be good enough at your job that you're paid enough to live on comfortably. That is a hard and bitter pill for people who have spent months working on their story. So they adopt an “Rousseauian artiste” snobbery of failure rather than admit they are the fry-cook of the publishing world and are paid a similar wage, denying reality to assuage their bruised ego.


Posted by Farish's Freehold at 3:38 PM No comments:

Liza O'Conner, great writer very decent person interviewed me on her blog. She says I give nightmares. On March 1 you can find out if she's right.

Liza: So Lincoln, let's first discuss why you are calling this urban fantasy instead of HORROR. The early draft I read was fabulous, but crammed full of Horror. 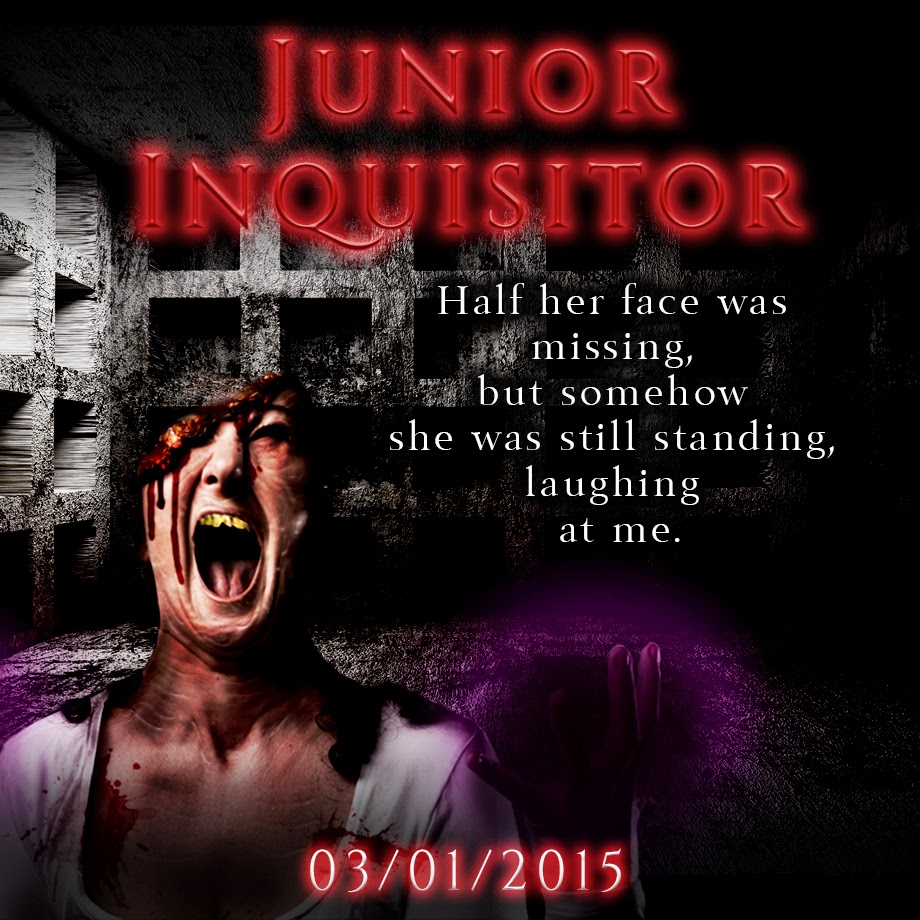 Author of more books than I can keep track of, and well worth the read. Go buy her stuff, until 1 March and them buy both of ours.Always gracious, very often funny, and an ability to get her readers to visualize her characters in great detail. 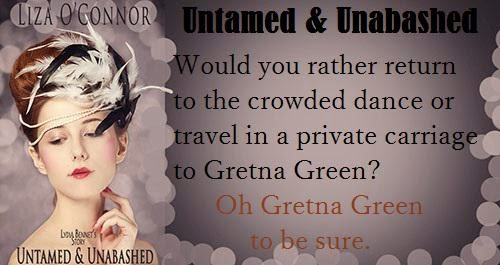 Posted by Farish's Freehold at 5:51 PM No comments:

So, my very short blog tour  has begun. 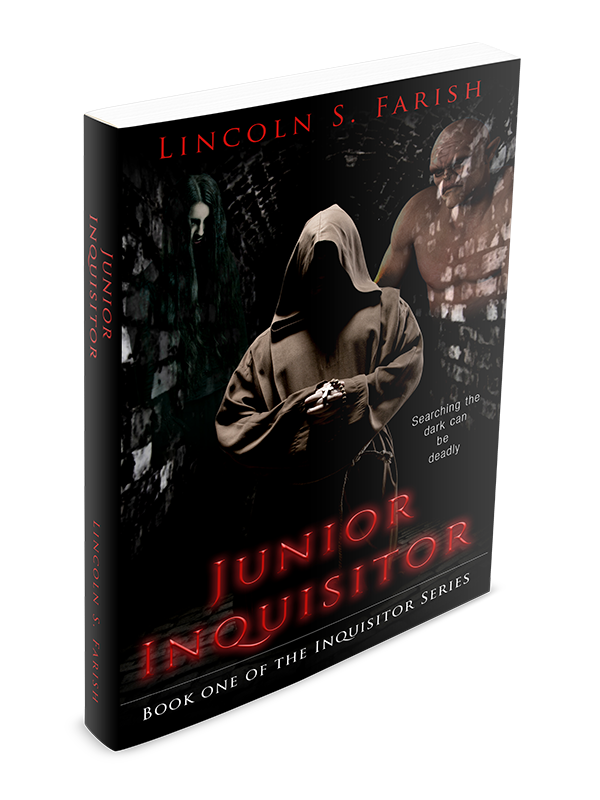 
Any bloggers who need some filler let me know I have a full on media kit ready to draw in visitors.
Posted by Farish's Freehold at 9:45 AM No comments:


So my editor/ visual advert graphic lady is Danielle Fine, and we have spent the day doing nothing more than trying to come up with little facebook ads for my upcoming book. All day you ask? Yes. I am particular about visual media. Let's hop into the way back machine to 1991. I had just gotten out of the military (Well off active duty, I was in the Reserves, National Guard to be exact) and got a job as a male model. Yep, I know. In any event I was hired by a company called the Cavalry Store, which sold military gear to people. I knew how to wear it, how camouflage was properly applied, and was hot. So I was a model for a while. Easiest job I ever had. But thing I learned is that models sit around a lot. It takes forever to set up a shot and then after initial pics are taken adjustments are made. Being intelligent, which made me very different from my fellows, I followed people around and asked questions. I found out that photo shoot directors are insane. They have three or four people whose whole job is to find something, anything, wrong with a picture before the final shoot or before the pics are released.

Case in point - advertisement of some sandwich for KFC. They had sheets and sheets of the buns looking for the perfect bun to make sandwich, Finally fine it. The test shoot is good, real shoot is good, but under examination with a magnifying glass, they see an almost invisible to the naked eye crease in the top of the bun, and start over.

So in addition to learning that I could never be a director, I did learn a lot about images and advertising. What works, what doesn't, how they eyes tracks things and so one. Hence the reason for being so persnickety about the ones we have been working on.

I'm still surprised at how little other authors advertise and how they mostly just use their book cover. I'm trying to do better and not be lost in the crowd. Here is one. 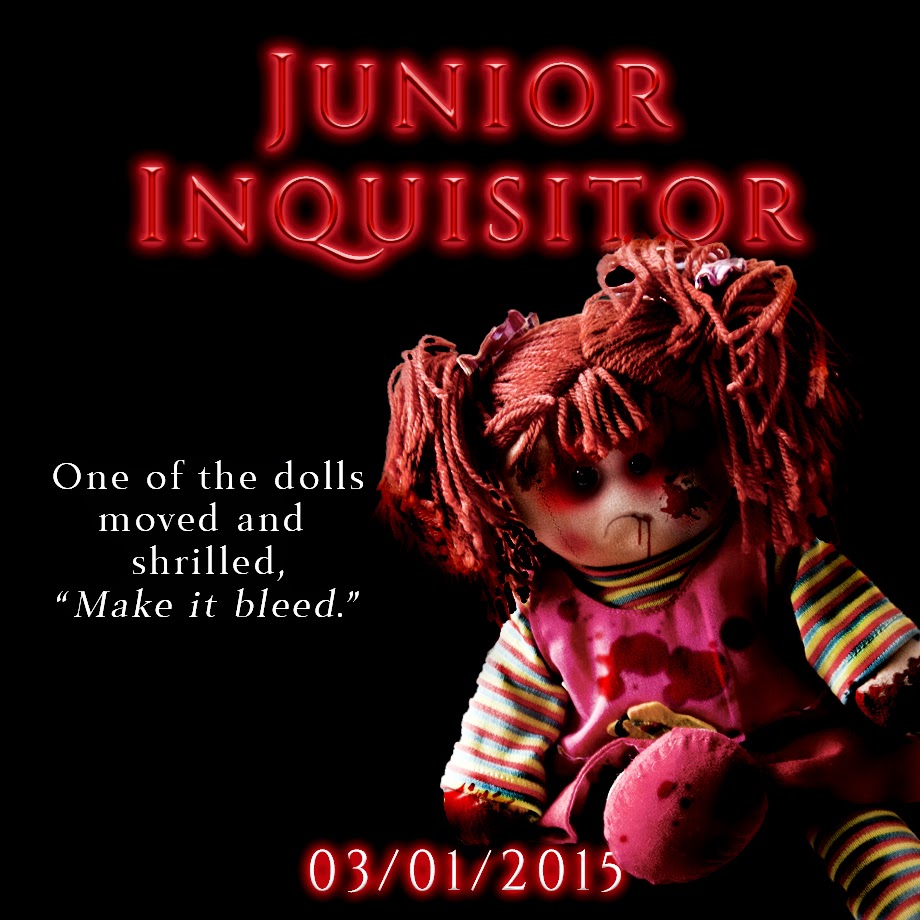 Posted by Farish's Freehold at 3:57 PM No comments: